Ashley and I finally found a new place to move.  We’ll be living on the third floor of and 1890’s Queen Anne style house.  It kind of have a lofty feeling, which I was looking for, but is large enough for the two of us with 1100 square feet.  The living room and kitchen are one room with a large bench seat window.  The bedroom is huge and has three skylights.  To the right is the walk-in closet with full-size brand new front load washer and dryer, also with a large window.  To the left is the bathroom with double sinks, a stand-up shower and a large claw foot tub, also with a large window. 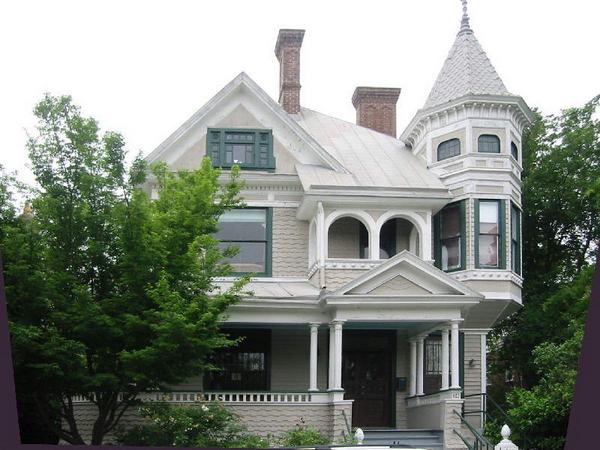 To say we’re excited about it is an understatement.  When we went and looked at it I was almost giddy.  The homeowner lives on the first floor and seems like a cool guy.  We move in May 1st.  Not looking forward to the actual move again.  Just have to keep my eye on the prize and I think it will be ok.

It’s also going to be a different experience finally being able to live with just Ashley.  I’m going to miss my roommates.  I’ve had roommates since the day I started college.  In fact I’ve lived with Chip for about 5 years now and Clay 4.  I think it’s finally time to bite the bullet and live with just my wife though.  :-)

On to new things…

Ashley and I played our first kickball game last night.  In typical fashion I got really excited and then I don’t really feel like doing it at the very last minute.  I pushed through anyway, thank goodness.  We lead the entire game but they caught up during the last inning.  Tough loss but I still had a great time.  Our team seems to get along well so I don’t expect any problems there.

I’m planning on documenting the move and will get some pictures up of our new place once we get settled.  Just as an FYI, if you’re ever feeling just a little too peppy try listening Elliot Smith.  His music will definitely bring you down a peg or two.  Matter-of-fact, his music made him so miserable he took his own life, which is sad because I like his stuff.